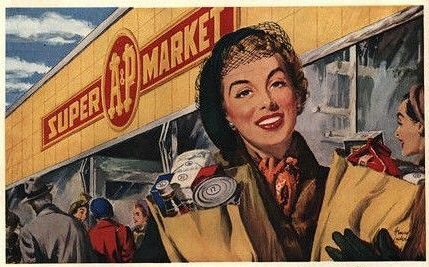 One thing that I have come to learn over the years is that many of us have an opinion about how our food is produced but we have removed ourselves from our responsibility as a consumer.   Its that whole ‘all care, no responsibility’ attitude.  I want to take just a minute of your time to get you thinking.

Many years ago, the vast majority of our population was either a farmer or they knew a farmer.  Sadly, today, only a minority would fall into this category.  Farming practices have evolved and much efficiency has been gained allowing each farmer to now feed many more people.  However, the problem is that this has now created a real disconnect between producers and consumers.  This in turn results in much less respect for the food itself, the producer, the production proces and a real undervaluing of the product.

Everyone loves a bargain but the problem is that when our spending habits drive down the price of food we inevitably put the food producers into a cost/price squeeze.  The good thing about this is that it forces efficiency gains.  However, we are now at a point whereby efficiency gains are very incremental which means that our spending habits are forcing some farmers to change their farming practices in ways that they wouldn’t necessarily choose.

Let’s think about the history of farming.  Traditionally farmers have been low income earners, peasants, and at the lower end of the social hierarchy.  Thankfully, things have changed somewhat and being a food producer (at least in Australia) is now a very honourable career.  However, most would know that there are much easier ways to make your millions in this world other than through farming.  So, it stands to reason that farmers choose to be farmers because they have a real passion for the land, the environment, the livestock and/or for putting food on your plates.

For me, one of the saddest things is that farmers are now being backed into a corner and are often choosing less ethical and/or less sustainable farming practices so that they can continue to be financially viable. Take a minute to think about the big picture and the impact that you are having on farming practices when you reach for the cheapest pack of milk, flour, sugar, butter, bread, peas…  Are you undervaluing that product.  As we reach into our pockets for $5 every time we want a nice coffee (that we will enjoy for just a few minutes) why do we want to pay less than $1 for a litre of milk that will provide nutrients on the cereal of every family member at breakfast tomorrow.   Milk that to be produced required a cow to be born, reared to 15 months old, get pregnant, calve herself, and be managed and milked twice a day.  All the while, being kept healthy to ensure that she can pay her way in the herd.  Why do we want to spend less than $1/kg flour that took months to grow in the field, had to planted, maintained, harvested, carted, processed, packaged, distributed and shelved before you purchase it and take it home.  That 1 kg of flour that can feed your family as you use it as an ingredient in your own kitchen.  To me, this is the responsibility we need to retain as a consumer.

Its fine to have an opinion about how our food is produced but we also have a responsibility to value that food for what it is.   As a food consumer, I encourage you to have a say in your food future!!